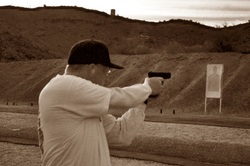 Mike Malpass has been a police officer in Arizona since 1996.  He was assigned to his department’s S.W.A.T. team as a tactical operator, in 2005.  Prior to that, he was a police officer for the Dublin, Ohio Police Department since 1992. Currently, he is assigned to the police training academy as a lead defensive tactics instructor and is involved with a new neuroscience study on training the brain for better decisions under stress. In 2019, he published his first book, Taming the Serpent: How Neuroscience Can Revolutionize Modern Law Enforcement Training.

Mike is a five-time national kick-boxing champion. He is a second degree black belt in Burmese Bando under Dr. Maung Gyi and a first degree black belt in Shotokan and Isshinryu Karate. As well as the Naban grappling found in the Burmese Bando system, Mike has also studied and practiced Catch-as-Catch-Can Wrestling, Sambo and Brazillian Jujitsu.  He has recently achieved the status of Full Instructor of Combat Systema under Kevin Secours of Montreal, Canada.
Prior to being assigned to the S.W.A.T Unit, Mike was assigned to the department's Tactical Training Detail for four years.  There, Mike taught courses in: Building Search, Active Shooter Response, Tactical Handgun, and Patrol Vehicle Tactics.